I worry about dumb things


A friend sent me a text. Her friend has cancer. He’s getting treatment. Would I visit?

I was happy to go see this person in the hospital, despite knowing nothing about his situation. He’s a friend of a friend. What else do I need to know?

At the hospital, I’m given thirty minutes free parking. After that, I have to pay. THAT’s what I’m worried about. I get out of the car thinking “Thirty minutes. Go.”

Negotiating the proper door to go through after hours, no problem. Facing a crowded emergency room, fine. Getting past the embattled nurse. Easy. Security guard? A snap. Up to the proper room. Done.

We had a pleasant exchange, me and the patient/friend. “Our friend sent me. I must obey!” This got a laugh out of him. He explained to his other visitors our connection: homeless-program-pastor-who-stops-off-at-a-bar. “The Sock Guy” he calls me. “I need all the help I can get,” he tells me. So I pray for my sick friend, because doctors can only do so much and the Mystery that lies beneath their good work is precious, and life is a gift from the One who raises the dead.

As I leave, I’m laughing at myself for worrying about paying for the parking. I drive out, the attendant is gone, and the gate is up.

Last night on the street, I had someone tell me a story. I can't tell you any of the details, just to preserve some shred of pastoral confidentiality. It was utterly delusional.

When I think about what I heard, I can only shake my head. Poor guy. It's not going to end well.

I've had many delusions shared with me through the years. Here are just a few.

"Satellites control my thoughts." The guy even directed me to a website where there was an x-ray of the device which (he believed) was implanted in his head. Proof!

"That Swedish blonde I've been corresponding with online won't mind me being (pick one or both) twice her age/twice her weight."

"I'm just fine." This was said to me by someone lying fully prone on his back, in the middle of an alley on a hot day in downtown Seattle. When he lifted his head off the pavement to reassure me, I could see that the chewing gum in the alley had wound itself around his hair. Fine, indeed.

"I'm homeless because my old lady kicked me out. It has nothing to do with my drinking." So, maybe if you sober up, she'll let you come home?

One thing I've noticed: The delusions of others are always more ridiculous than our own.

Where are those doughnuts?

Who are the helpers? 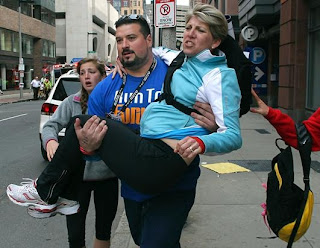 With the tragic news of the Marathon bombing in Boston, came many stories of heroic people who jumped into the chaos to help the injured and dying.

No one was certain what was happening. I'm sure there were many, maybe like me, who would have run away. I want to be brave and carry someone to safety. I don't want to be the person merely saving his own skin. I'd like to think I could be there for the community. How about you?

Of course, these dramatic moments grip the entire country when it happens. And we are grateful for the brave and selfless ones who help us all keep hopeful about humanity.

But there are lots of opportunities to help every day. There are children who need tutors, or mentors, or Big Brothers. There are seniors who need help to stay in their homes. There are hungry people who need a meal, and homeless shelters looking for volunteers. They all are facing difficulty and uncertainty. Just not in the public eye usually.

Reporters aren't going to be telling a gripping tale as the country watches breathless, seeing the images of homeless people being fed a meal at 9:30 at night. But I think of all the 250 or so volunteers who give up their own safety and comfort to help out at Operation Nightwatch, and I feel every bit as glad that they are there for all of us, as a football player carrying a wounded person to get medical attention.

It's all good. Thank you to all the helpers in the world. 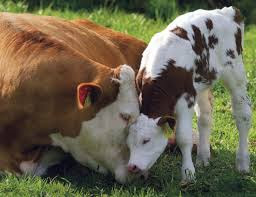 Ralph Waldo Emerson admonished, “You have just dined, and however scrupulously the slaughterhouse is concealed in the graceful distance of miles, there is complicity.”

There are a few homeless vegetarians in Seattle. They look for options when they come through the food line, late at night, at Operation Nightwatch. I admire their ability to maintain their standards, when their life is so difficult anyway.

For most homeless people, getting adequate protein can be a challenge. I can't imagine the nutritional obstacles to homeless vegetarians. Fresh produce and plant proteins are especially difficult to come by, and many food groups don't offer an alternative.

I'm going to have to think about this. I'd love to hear from you on this topic.

OK, not sure what to make of this.

We're in a bar Thursday night, doing nothing in particular but MYOB-ing. Young lady revelers want their pictures taken with us, after determining we were the real thing.

Only, today I'm a bit doubtful. Was it the right thing to do? And where's my copy of the pic. They have my email address. . . .