Finally, a bit of good news 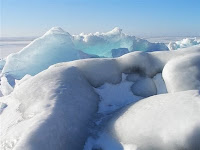 The City of Seattle is keeping the severe weather shelters open through the 1st of January. This is a big relief. It means all the overflow will go straight to the Seattle Center or City Hall or (women only) at the Frye Apartment.

It's still very cold out, with wind and rain. What a mess.

CityTeam shelter closed Saturday night. Where did they go?

Tomorrow those 60+ guys are going to have to scramble to find a place to go.

Sunday night may the end of the severe weather shelters funded by the City of Seattle. Great timing. The snow is melted. Another 160 people will be left to scramble, unless they extend things tomorrow.

It's sort of addictive.
I got to work. Some department at King County didn't have their toys picked up. Could I use them?
Well, I have one family in need, and a Subaru. I picked up the toys, shared a few with the "Nightwatch" family, took the rest to the East Cherry YWCA. The social workers seemed thrilled.
Then off to PSKS. They work with youth. We love them. I took another carload of toys to a family in Renton. Momma Dread went with. I'm glad, because with the snow and horrible traffic it took the rest of the day.
There have been car trips to Yellowstone with less driving.
But it was fun, really fun, to contribute to some kid's joy for the season. Back at the ranch, volunteers and staff were busy wrapping gifts for Christmas night give-away at our Shelter Dispatch Center.
Thanks for all who helped. 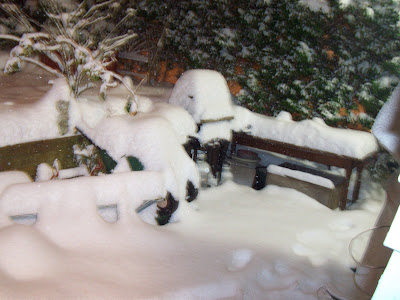 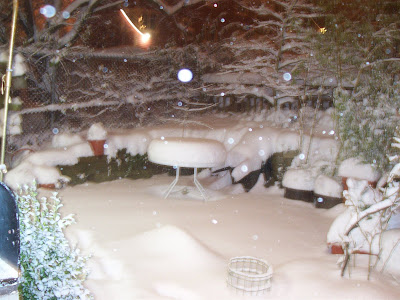 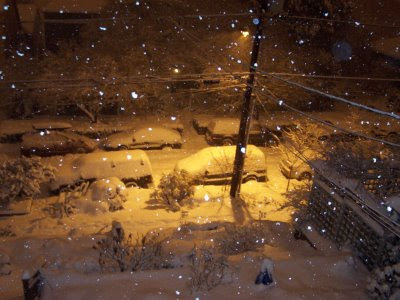 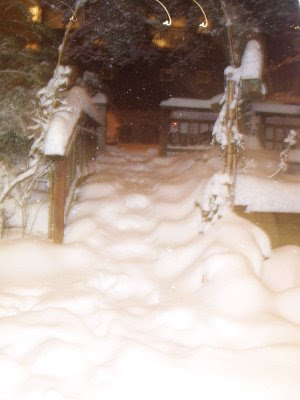 All week I was getting around just fine in my all wheel drive Subaru. Even today, I got out to Queen Anne for church, no problems with getting over Capitol Hill.

But this afternoon my friend Dustin put out the call for firewood for Nickelsville. I loaded up the car and headed down the alley. I slid, stalled 1/2 block from home.

Spent the next hour with Lorri hooking up the chains, getting advice from neighbors, trying to simply back up and park. Yeah. An hour to park.

When it snows, everything gets a bit tricky.

Now I have to worry about a bunch of new stuff. Will Nightwatch be able to serve homeless people through a busy week? Hope the volunteers are smarter than me with picking routes. Looking at my car on a side street up to the hubcaps in snow, I'm not sure if I'll be able to drive before Wednesday.

And will our donors remember us during this horrible distraction?

And can I have a Christmas brunch for my friends?

And God, keep everyone warm who is homeless tonight. Forgive me my pettiness.

I usually can find a picture to accent my little blog ramblings. Nothing would do, today.

Last night, a snowy night in Seattle. Salvation Army informed us that their workers were getting a paid night off, the shelter would be closed. Potentially 40 women's beds lost on one of the most miserable nights of the year.

Luckily, the city of Seattle had authorized the opening of other cold weather shelters, which took pressure off Nightwatch. "Hey, aren't those shelters staffed by Salvation Army?" Oh yeah. Hmmmm. Well.

So, I'm wandering from Nightwatch, trying to take Ben home at the end of the night. By some fluke - the leading of God? -- we drive by the entrance to First Covenant Church. Sitting in the doorway is a handicapped woman, someone who walks under normal circumstances with great difficulty. She had come straight to Tonya's Room, not knowing that it was closed. So, at 10 at night, we load her into the car. It took 10 minutes. We drove to the Seattle Center, where emergency shelter is temporarily located. I looked at the long walk, and realized, "no way."

Sitting in the car, I called DESC. One woman's bed left. We scurried over there and left her in the able hands of their staff.

What would have happened if we hadn't wandered by the church. If Ben hadn't spotted her? If I hadn't been on duty to drive Ben home?

Wow, do I have a good case of the Christmas grouchies.
Ya know, people, there are homeless people at other times of the year too. Or do you only get the impulse to help now, because it makes you feel good?
At any rate, you gotta ride that horse. So I'm trying to put together Christmas for a family with four kids. I like them. They're nice people. We put them in a hotel room, then they got into transitional housing; they need a Christmas tree. Two girls, ages 6 & 9, two boys, ages 11 & 12. Ideas?
I got to go figure out how to raise an extra $100,000 next year. Shelter is expensive. If enough folks sent me $5 a week, we could do a ton. $260 a year. 400 new friends. Sigh.
Thanks for loving me anyway.

Ice is NOT nice 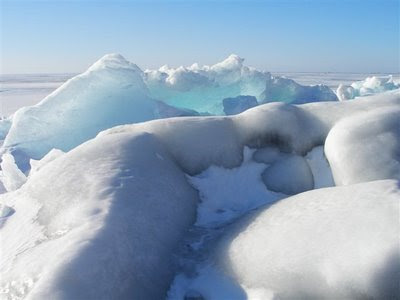 Can you hear my teeth chattering? As if helping homeless people in the frigid Seattle night isn't bad enough, the boiler for our office isn't working, and so we're turning blue today.
It didn't help that I left my window ajar over the weekend. The wind sucked it open, the snow fell, and you can see my view now.
The City of Seattle authorized three shelters to open over the weekend and through the cold snap, though only on a night-to-night basis. Women only at the Frye Apartment lobby; City Hall for men and women, and the Seattle Center Pavilion, Room B, also co ed. I heard the Frye was overflowing, but there were lower numbers at the other two places.
Every year it's the same thing. Everyone gets so excited about homeless people when it's 18 degrees outside. What happens when the weather warms up to 39? Those 100 or 150 people will be kicked out, and Nightwatch has to scramble to pick up the pieces, along with other shelter providers.
I've spent a night in a snow cave at Source Lake in February. I've spent a week camped on 10 feet of snow in the Necklace Valley, North Cascades. I've stood on the frozen banks of the Stillaguamish River fishing for steelhead in December. But the coldest cold I've ever experienced was one night last year in downtown Seattle, a fine mist falling, 38 degrees, and an army of homeless guys lined up across the street from City Hall, in the vain hope that they would have a place to go for the night. City Hall was closed for shelter that night, because the nightly hardship of being homeless did not yet reach the threshhold of misery that the city deems worthy of a response. Budget pressure you know. Yet I have no doubt that the workers in City Hall are not having to wear thermals or knit hats to get their work done, like the admin staff of Operation Nightwatch. God forbid they should turn off the heat when it's only 38 degrees outside.
Besides, we have to save money for chasing homeless people out of the greenbelts, and to send harrassing letters to churches for letting homeless people sleep in tents in their parking lots.
Now, I'm going to go light my trash can and see if I might be able to feel my fingers again.

I know you probably don't know what a homeless burrito is - not something you eat.

But guys talk about getting a piece of heavy plastic, a blanket, and then you roll up in it and tuck in the ends.

This is a survival strategy when there isn't enough shelter.

Tonight there were 7 men and a women sent off to Tent City 3, currently located at Calvin Presbyterian, in Shoreline, WA. It's long bus trip to get there.

The woman went because she wanted to, we still had room at the shelters.

But it's cold tonight.

I stopped at a place on Aurora at the request of some of my bar friends. One guy was sure there was going to be a dead body in a sleeping bag at a certain location. But the bag was moving -- breathing still. Thank goodness.

Reynolds with Heros of Homeless

Send your own ElfYourself eCards

Last night I got a call from a dad - family got help a few weeks ago with a hotel voucher.  Their car was broken down. Parking enforcement was starting to close in. The car was tagged.

In some ways I'm glad the parents were not messing with the car. It means their priorities are somewhat straight - they managed to get into a transitional program, get their food stamps straightened out, get the kids into school, which they love. Things are looking up. They should be able to stay where they are for a few months.

So last night I met the dad and managed to figure out a way to push the car with my beater Subaru, about two blocks. Unfortunately, it turned out to be a 2 hour parking spot unless you are a neighborhood resident. And there was no way to push the car any further.

Yeesh. Really, the car's gotta get fixed. Dad says it's a simple repair.

So, today I had the thing towed to my favorite garage. Who's gonna pay?

Let's put it like this: want to chip in? I don't imagine the whole thing will be more than $400, including the tow. I hope. Tomorrow I'm going to put it on my charge card.

If I have to skip lunch for awhile it will be worth it.